Stephen Billingham CBE is to join Sizewell C as the project prepares for fundraising and construction.

EDF is announcing changes to the executive team for Sizewell C as the project takes its next steps towards a Final Investment Decision and becoming an independent company.

Stephen Billingham CBE is being appointed in an advisory capacity from today (March 1) and will become Chairperson of Sizewell C later this year.

Sizewell C is proposed as the next large scale nuclear project in the UK and is expected to be financed by private investors and, potentially, the UK Government.

Legislation to enable private financing for nuclear projects (the Nuclear Energy (Financing) Bill) is currently making good progress in Parliament. The Government also recently announced a £100m Combined Option agreement to support the project as it reaches a crucial stage of development.

Stephen has extensive senior experience in the nuclear industry and was CFO of British Energy from 2004 to 2009 including the period when HM Government held a significant interest in the Company. He played a key role in preparing it for investment and ultimately, its acquisition by EDF. More recently, he is the Senior Independent Director on the Board of Balfour Beatty plc and is Chairman of Urenco Ltd.

Simone Rossi, CEO EDF Energy said; “We are putting in place all the building blocks to ensure Sizewell C’s success as an independent business attractive to investment. We have been working with HM Government on this appointment and I am delighted that in Stephen we have been able to secure a top calibre and highly respected future Chairperson for SZC with a strong track record of success.”

Kwasi Kwarteng, Secretary of State at the Department of Business, Energy and Industrial Strategy commented; “New nuclear is vital for reaching net zero and ensuring the independence of the Britain’s energy supply. The current high global gas prices demonstrate the importance of having domestic, low carbon power generation in the UK.
By generating seven percent of UK electricity, Sizewell C could help keep bills down while also reducing our carbon emissions. I look forward to working with Stephen Billingham as we continue our negotiations on this nationally important project.” 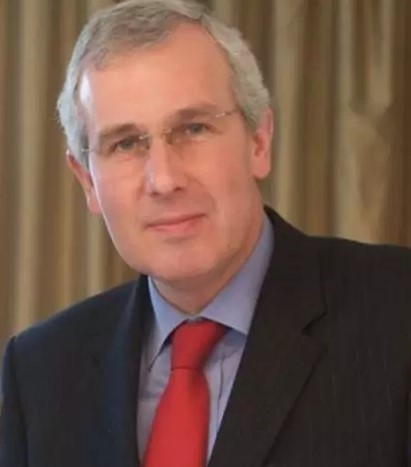 Stephen Billingham said: “I am very pleased to join the Sizewell C team at a key moment for the project. Sizewell C will be a British project, helping deliver this country’s energy security and climate targets whilst creating thousands of high value jobs in Suffolk and nationwide.”

Other changes to the Sizewell C executive team are being made as the project prepares to fundraise and to make the transition to being an independent company.

Having successfully directed the project towards this critical milestone, Humphrey Cadoux-Hudson CBE, Managing Director of Nuclear Development, has decided the time is right to retire from EDF.  Humphrey has worked tirelessly to bring Sizewell C to life as he did with Hinkley Point C beforehand. 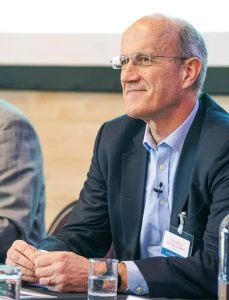 Humphrey will continue in role as MD until 30 June 2022, and Stephen Billingham will lead the process to identify the future CEO of Sizewell C.

Humphrey Cadoux-Hudson said; “I am very conscious of the huge task in front for SZC to raise finance and then construct and operate the plant. Having led the project to this stage we need now to look forward for the long-term and ensure we have the right team in place for the next phase.  I am very grateful for all the support my teams and EDF have given me over the years and proud of what we have achieved together.”

Simone Rossi added: “I wish to congratulate and thank Humphrey for his leadership and huge contribution to the success of EDF in the UK over many years.  It is with a heavy heart that we prepare to say goodbye to him from our organisation and I wish him all the very best for the future.”

On January 10, the Nuclear Energy Financing Bill completed its passage through the House of Commons, with MPs voting nine to one in support. It is currently in Committee Stage in the Lords.

On January 27 the Government pledged £100 million of funding to support the continued development of the project, which will aim to attract further financing from private investors. Ministers have made a commitment to reaching a Final Investment Decision on at least one large-scale nuclear power station this parliament subject to value for money and relevant approvals and have budgeted a further £1.7bn for large scale new nuclear.

Sizewell C will power the equivalent of around 6 million homes, as well as supporting up to 10,000 jobs in Suffolk and across the UK.