Steve Carroll has been appointed as a senior supply chain lead for EDF’s proposed new nuclear power station Sizewell C and as such will be the primary contact, along with the Suffolk Chamber, for local companies wanting to win contracts on the project. Here we learn a little more about him. 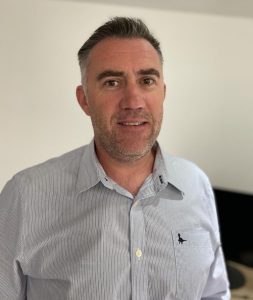 Steve Carroll is passionate about Suffolk and is committed to help deliver Sizewell C, which he sees as an amazing opportunity for the county.

His appointment comes as the project moves into its next stage. The Development Consent Order (DCO) to build the twin reactors has been accepted by the Planning Inspectorate and so enters a pre-examination phase which will last until the end of September, 2020.

If given approval, Sizewell C will generate enough low carbon energy to power more than six million homes and help tackle climate change by cutting carbon emissions, helping to achieve, alongside renewables, net zero targets set by the Government. It will also provide a multi-billion boost to the local economy and provide thousands of jobs and apprenticeships.

Steve is no stranger to the nuclear industry, having spent the last 20 years working at Sizewell B. His long association with the plant started with work experience as a 15-year-old back in the late 1980s, when the iconic domed reactor on the Suffolk coast was still under construction. In 1992 he left school and took an electrical apprenticeship with ICI in Manningtree, which included studying at Suffolk College.

“In 1999 I joined Sizewell B in the maintenance department,” he said. “Through various routes I ended up taking a role in Sizewell B’s Supply Chain in 2004, firstly responsible for material availability planning, finishing up as head of contract management.”

Fast forward 20-years and Steve has switched from Sizewell B to C and is keen to replicate the positive impact working at Sizewell had on his family.

“I see Sizewell C as an amazing opportunity for Suffolk. I originally moved here in 1989 when my parents brought the family down from Morecombe in Lancashire.

“My father and brother worked for Sizewell B, and my wife still does. I have children too, including a 15 year old who is wondering where his opportunities will be, and when I look back at what Sizewell B did for our family and the positive impact it had on a lot of my friends’ lives, I want to be able to replicate that in any way I can – put something back if you like.”

His belief in Sizewell C, however, goes much further, especially if the Government’s target to reach new zero by 2050 is to be realised.

“We must look after our children and our planet,” he continued. “I do not believe that the targets the Government have set for the future can be achieved without new nuclear being part of the mix. I love Suffolk and owe it a lot, I honestly believe this project is right for the local and national economy, even more so in light of the recent pandemic.”

As someone who had made Suffolk his home, Steve understands that there are people who worry about the impact Sizewell C will have on East Suffolk but is confident in not only the mitigation but also the onward legacy of the project.

“I have seen the benefits we have committed to in the DCO and I firmly believe they are not only deliverable but will provide a long-lasting legacy after construction is finished and the plant comes into operation,” he said. “You only have to walk down to the beach at Sizewell to see the hundreds of people who flock there in the summer and enjoy the coast.”

Part of Steve’s brief is to ensure Suffolk companies, and those from the wider East of England region, get a fair share of the lucrative contracts Sizewell C will generate.

“There are a lot of great businesses in Suffolk and the surrounding counties, many of which are already supporting Hinkley Point C in Somerset or work with Sizewell B, so it would make sense to replicate those if possible.

“Building a local supply chain would deliver a massive boost to the local economy, but the biggest benefit is the reduced carbon footprint that using local businesses would bring. Reducing the traffic on the region’s roads is right at the heart of this project. Local suppliers would take tons of CO2 off the roads.

“The biggest challenge for me is the waiting! The whole Sizewell C team is passionate about making this happen, and it would be great to see all their efforts rewarded when we get the first shovel in the ground.”

When Steve isn’t working hard to deliver a new power station with a local supply chain, he’s fond of cycling, local produce and spending time with his family.

He said: “I am a keen cyclist and love watching it on TV, I can’t think of a better team sport than seeing eight guys sacrifice themselves day in day out for the chance to get one of their riders on the podium of the Tour De France. It’s three weeks of TV that I can’t miss.

“I did my own tour back in 2013 when I cycled from the English Channel to the Mediterranean (Lancieux to Port-la-Nouvelle) over seven days. It was awful weather, six days of force eight headwinds and rain. The last day our luck changed, and we got sunshine and tailwinds, it made it all worthwhile. Paris-Roubaix remains a target of mine (if you know, you know).”

When it comes to eating out (when restrictions allow) Steve enjoys anything cooked at his local, the Fox and Goose in Fressingfield, and is a big fan of local produce, Lane Farm in Brundish being one of his favourite places to shop.

When taking a break from Suffolk, the family heads for Devon. “We found a fantastic place called Gara Rock, it’s very secluded but in a great location on the coast with an almost private beach. Brilliant place for relaxing with or without the kids. However, if I was to go anywhere with no budget then I think I would go back to the Maldives, where we had our honeymoon.”

His perfect day? “Get up, go for a long bike ride, then go skiing, probably have a sail, lunch somewhere good (all of this with my wife obviously), afternoon with the kids on the beach and then a catch-up with friends over more good food.

“If anyone knows where you can do all that in one day, please let me know,” he jokes.

On the subject of lock-down, Steve says that working from home has allowed him to spend a lot more time with his family.

“We had a baby girl on the 17th March and it’s been great to pop out of the office for a coffee or lunch and see them all. My wife is doing an amazing job of being Mum and I wouldn’t get to see just what she does if I was on site.”