Some of the UK’s biggest construction and nuclear firms have pledged to invest £4.4 billion in the East of England, including £2bn in Suffolk, as part of a new nuclear plant at Sizewell C in Suffolk.

The agreement – a Memorandum of Understanding (MoU) between the Sizewell C Consortium and a number of East of England MPs, business groups, businesses and educational institutes – outlines the potential investment for the East of England during the construction phase of the project, which is expected to last between nine–12 years and play an important role in supporting the Government’s levelling up agenda.

New research conducted by EY, on behalf of the Sizewell C Consortium, highlights that 73,000 job opportunities would be created in the East of England by direct employment in the supply chain, or through local spending on goods and services, providing a further boost to the local economy.

The UK Government is currently in talks with EDF regarding the building of Sizewell C and has committed to taking one new nuclear power station to a final investment decision (FID) by the end of the parliament.

In addition to setting out the investment and jobs opportunities – the East of England MoU pledges to:

“This MoU demonstrates the exciting potential for jobs, investment, and long-term economic growth across the East of England and wider UK. With more than 200 members across the UK, the Sizewell C Consortium is committed to supporting new nuclear and the essential role new it will play in driving the transition to our net zero future.

This project will be essential in levelling up and ensuring that the East of England is not left behind in the green recovery.

For these benefits to be realised, we need a firm commitment to getting Sizewell C built by working closely with Government and consulting with local stakeholders to secure approval for the project.” 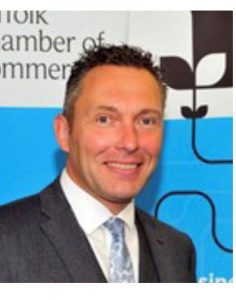 John Dugmore, Suffolk Chamber of Commerce, commented:
“This MoU is a clear and very public undertaking by the Sizewell C Consortium to deliver profound and long-term local and regional benefits from the building and operation of Sizewell C.

“As such this could be a key contributor to the uplift in employment, skills and living standards for many communities in Suffolk and across the east of England. The importance of such levelling up cannot be under-estimated and will be a source of encouragement to the hundreds of local firms on the Sizewell C supply chain database, managed by Suffolk Chamber.”

“The commitment to jobs, skills and investment outlined in the MoU is to be warmly welcomed. The transition to a zero carbon economy offers an enormous opportunity for Waveney, Suffolk and East Anglia, not only in the short term as we emerge from the devastating impact of Covid-19, but also in the longer term so as to leave a lasting legacy that will benefit local people and local businesses.

“Building Sizewell C is a vitally important component part of this transformation. Local people must have the opportunity to acquire skills, to work on the construction of the nuclear power station and then to either work there once it has been commissioned or to transfer their skills to other sectors. This can make our area a compelling location in which to set up and grow businesses.

“I look forward to working with the SZC Consortium to ensure that local people and local businesses fully benefit from the project,” he added.